With the beginning of a new year, many of us will look ahead with new resolve to lose weight. This is a good and admirable goal—having a healthy weight is an important part of good health. In fact, the risk of dying from, well, anything, starts to go up quickly as a person carries around too much weight (1). However, “weight” is a loaded term—to really understand the goal, let’s discuss the two main forms of body weight and what we can do to keep one and get less of the other.

There are many ways to identify and distinguish parts of the body, but one of the most common is to simply identify everything as “fat” or “not fat”. Of course, both of these masses—fat and lean—constitute our total body weight. Losing or having too little lean mass appears to be at least as unhealthy as too much fat mass (2). The increased risk of death/mortality with too little lean mass stems from several consequences, including metabolic (e.g., increased insulin resistance) and physical (e.g., not having enough strength to stop a fall or get up easily.

And here’s the problem: most popular weight loss techniques lead to both a loss in fat mass, but also a loss of lean mass.

For decades, conventional wisdom has been telling people to “eat less, exercise more”. This perspective is based on the idea that weight loss is simply a numbers game—just get in a caloric deficit and you’ll lose weight. There is truth to this—it will cause weight loss. However, when you’re starving your body, it indiscriminately starts breaking down everything, fat mass and lean mass. In fact, in some instances of using low-fat, low-calorie diets for weight loss, almost half, roughly 40%, of the lost weight comes from the lean mass (3). In other words, for every one pound of fat, a person might lose almost one pound of lean mass!

One final concern with this form of weight loss is what happens to the fat cells: they become hungrier! The main way a fat cells gets full of fat is to pull in fat from the blood. It does this through the actions of an enzyme called lipoprotein lipase (LPL). Remarkably, with very low-calorie diets, the amount and activity of LPL in fat cells goes up by roughly 10 times (6). In a way, this means that fat cells are 10 times better at storing fat!

Some people will include exercise into this “low-calorie” strategy as a way to drive the negative caloric balance—after all, if you’re exercising more, you’re burning more calories, right? True, and I personally practice and recommend daily exercise for a variety of reasons, but it doesn’t help weight loss as much as you’d think.

The evidence for this is, well, obvious; we collectively exercise more than even 20 years ago (7) and a review of 25 years published evidence finds exercise alone does almost nothing to help with weight control (8).

Now, lest you think there’s no hope, there is one way to maximize body weight changes that consistently beats the competition: control carbohydrates. It seems too simple, but the evidence supports it. With regards to “sticking with it”, by cutting carbs, rather than cutting calories, a person is able to eat until satiated and essentially follow the rule: “eat when you’re hungry, don’t eat when you’re not”. Yes, this might mean the low-carb eater may actually eat more calories than the low-fat eater, but that doesn’t appear to matter.

One study randomly assigned test subjects to two diets: the classic low-fat/low-calorie diet vs. a low-carb/calorie-unrestricted diet (9). Interestingly, both groups ended up eating roughly the same amount of calories, which suggests that low-carb diets may inherently be more satiating (i.e., people just feel more full). However, over the six month study, the low-carb/“eat as much as you want” group lost more than double the amount of fat! This improved and even superior fat loss is seen in many more studies (10-16).

But what about lean mass? While superior for fat loss, is a diet that controls carbohydrates able to burn fat better while promoting the retention of muscle and bone? The data certainly show that. In one particular study, not only did the low-carb group lose more fat than the low-fat group, but it also actually increased lean mass during the course of the study (17).

To conclude, I’ll make a bold statement: I’m unaware of a single study that shows a low-fat diet results in greater fat loss compared to a low-carbohydrate diet. However, there are dozens of studies that reveal the superiority of a low-carbohydrate diet. As you make plans to improve or maintain your body weight, be sure you’re losing the right weight—burn that bulge, while maintaining muscle. 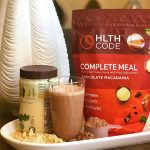